Showing posts from February, 2010
Show all

February 28, 2010
When dividing decimals by decimals, such as 45.89 ÷ 0.006, we are told to move the decimal point in both the dividend and the divisor so many steps that the divisor becomes a whole number. Then, you use long division. But why?

Schoolbooks often don't tell us the "why", just the "how".

This video explores this concept.


Divide decimals - why do we move the decimal point?


It has to do with the fact that when we move the decimal point, we are multiplying both numbers by 10, 100, 1000, or some other power of ten. When the dividend and the divisor are multiplied by the same number, the quotient does not change. This principle makes sense:

The same number of times as what four fits into 344!

When we simplify fractions or write equ…
1 comment
Read more 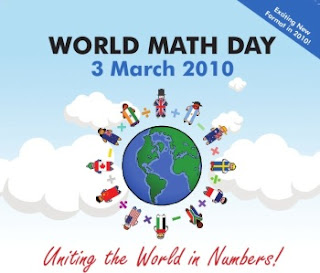 World Math Day 2010 is coming up on March 3rd. You might remember it from last year. It is a free event and lots of fun for the kids.

Registrations close March 2nd. Once you register, you can go practice at the website.

In it, students complete against other students from around the globe in REAL time, with simple mental math questions (such as 7 + 8 or 24 ÷ 4 or 9 × 9). It involves more than 2 million students from over 200 countries.
Brand NEW format.Be part of setting a world record!Designed for all ages and ability levels. Simple to register and participate. All you need is Internet access.Great prizesAnd it’s absolutely free!!Remember to hurry because the registration closes March 2nd, 2010.

February 20, 2010
The most current edition is posted at MathRecreation. It's very interesting, with lots of variety, head on over!
Post a Comment
Read more 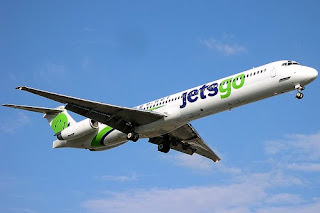 Someone sent me this algebra problem:
An airplane flew for 6 hours with a tail wind of 60km/hr. The return flight against the same wind took 8 hours. Find the speed of the boat in still water.

Initially, this sounds like a trick problem, because you can't know the speed of the boat when all the information given is about an airplane!

But, let's assume they meant to ask the speed of the AIRPLANE in still air.

This problem has to do with constant speed. Constant speed ALWAYS involves TIME & DISTANCE.

And here we have two situations with two different speeds: First the airplane flies over there, with the wind helping. Then it flies back, and the wind is contrary of course.

It helps to organize our information in a table, once again. We'll need time, distance, and speed. And remember, speed = distance/time, or distance = speed * time. This time, time is known for both situations. Distance is not, but it is the same distance that way and back (call it d). Traveling…
8 comments
Read more

e or Euler's number is a number that is approximately 2.718281828, so that is why someone chose 2/7 as an e-day. But e is an irrational number, so its decimal expansion is never-ending and never-repeating.

Why is this number e so important that people have even named a day after it?

If you've studied calculus, you already know at least part of the story. But even if you haven't, I'll try to unravel at least the most basic feature of e.

Consider the exponential function ex. It is graphed below.


It has one remarkable property: when you draw a tangent to it at any particular point, the SLOPE of that tangent is always the value of the function ex at that point. See below two examples:

This feature is usually expressed this way: ex is its own derivative, or the derivative of ex is ex. There exists NO other function with that property!