Showing posts from January, 2011
Show all

January 30, 2011
I have now been able to get back to shooting videos after a long break. These three videos (titled Tenths, Hundredths, and Thousandths) deal with what decimals are (they're fractions!) and in that sense are tied together.

The first video explains about decimal numbers with one decimal digit (tenths) using fractions and a number line. I also include some easy addition problems.

In the second video below, I explain decimals with two decimal digits—or hundredths—using fractions and a number line. Also included an explanation of why you can "tag" or "add" zeros to the end of a decimal and its value does not change.

Lastly, I explain decimals with three decimal digits—or thousandths—using fractions and a number line. Then I show examples of converting fractions to decimals and vice versa.

Then... I'm doing a giveaway again... one of you, my readers, can be a lucky one to win a free Mastermind board game!

Update: The winner is now chosen, the third commenter below, named Äiti. This went quick!!!!!! Comments are therefore closed.

The lady who contacted me about it said that many of today's adults actually KNOW the game from their childhood, but don't know it's still available.

I haven't played it as a child, but a few years ago I found Mastermind online (on several math games websites), and I found I like it!

This is how Mastermind works:
You need to guess the "secret code" of colored pegs: both the color and the order they are in. You make a guess, and your opponent (or computer) tells you some clues. A black clue means you got one peg the right color AND in the right position, whereas a white clue means you got a peg with right color in the wrong position.

Which operation should you use in word problems?

January 17, 2011
I was asked just recently about word problems and WHAT operation to use in them.
Can you put a better explanation of when to use addition, subtraction, multiplication, and division, because my son is having a hard time understanding.
Many children have the same problem, and I have written about it in the past as well. In a nutshell, I feel the MAIN reason students have trouble is the way word problems are presented (or not presented) in math books.

Typically (and I still see this approach), when a lesson in a math book is on some operation, then the word problems in that lesson are typically solved using that particular operation. So, any intelligent kid who notices this pattern won't take time to decipher what the problem says, but will just take the two numbers that appear in the problem, and apply the operation that the lesson is about!

(For example, if the lesson is on subtraction, then the word problems are solved using subtraction.)

For each lesson there's a picture of the composer, an easy reading about his life, and then several pieces of music, both videos and audios to listen to. They should work alright as music appreciation lessons for elementary school.
Post a Comment
Read more

January 10, 2011
Inspired by Denise's similar post, I decided to check my stats to see which ones were my most popular blogposts in 2010.

1. Exponent Worksheets 2,660 views
This is somewhat of a surprise to me because I'd think some of the posts further down this list would have been more popular than exponents. But you just never know!

4. Language Arts Resources 1,888 views
These are L&A resources I've used in my homeschooling.

5. American Math Challenge 1,729 views
Again, not much more than a link pointing to the site.

Games for order of operations 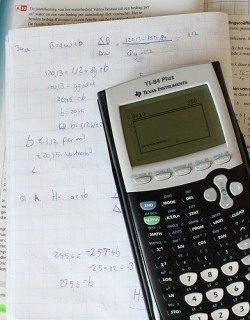 Photo courtesy of minibe09
If your student or child needs more practice with order of operations, here are some online games for that. These shouldn't include integers, but just the four operations (addition, subtraction, multiplication, division) and parenthesis.

Most kids just love using games and interactive quizzes for practice instead of worksheets. Have fun!


Choose Math Operation
Choose the mathematical operation(s) so that the number sentence is true. Practice the role of zero and one in basic operations or operations with negative numbers. This helps develop number sense and logical thinking.
www.homeschoolmath.net/operation-game.php


Division and Order of operations and