Showing posts from November, 2012
Show all

It's time for Thanksgiving! Use coupon code THANKSGIVING to get 25% off your purchase at Kagi store! This includes all Math Mammoth and Make It Real Learning downloads and CD products, including the already discounted bundles! This sale runs till December 2 . You can go to MathMammoth.com first, then find the links to Kagi's order pages there. Or you can use these direct links: Light Blue series (complete curriculum) Blue series Golden and Green Series Make It Real Learning activity workbooks . Bundles (CDs or downloads) . Currclick will also run a Stocking Up Your Shelves Sale soon.... from Nov. 26th till December 16th. Math Mammoth titles will be 25% off there as well. Sincerely, Maria Miller
1 comment
Read more

Study: anticipating math can cause "pain" in the brain

November 08, 2012
Just an interesting study: for people with math anxiety, anticipating having to solve a math problem makes their brain react in a similar way as when they actually experience physical pain. Fear of math makes your brain hurt, study confirms and Study: Maths problems are 'physically painful' for some people Interesting!
3 comments
Read more

The history and effectiveness of "traditional" math

November 05, 2012
As I'm sure you know, many people are at odds as to how mathematics should be taught: using traditional methods or some newer ones? Disagreements about teaching methodologies, math curriculum, and standardized testing are all heated topics within the national conversation. Many homeschoolers have seen the failure of modern math curricula, such as Everyday Math, and are embracing “traditional math” instead, feeling it must be much better. And yet many people oppose “traditional math”, feeling it was just “rote memorization” and did not teach children conceptual thinking. What does “traditional math” even mean? Barry Garelick discusses the elusive definition of a traditional math education in a recent article in Education News (a good read!). He chooses the 1940's-1960's as the era that people typically refer to when they talk about "traditional" math education. Critics claim that the teaching methods back then were too focused on memorization and thinking
4 comments
Read more 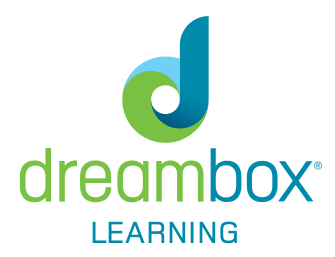 I've had the opportunity to review DreamBox Learning - an online math program for grades K-5. It is highly adaptive and focuses on conceptual understanding -- so it is different from most other online math curricula, and enjoyably so!
Post a Comment
Read more
More posts