Showing posts from January, 2010
Show all

January 29, 2010
In this video I show, first of all, the common shortcut: you move the decimal point in the number as many steps as there are zeros in the number 10, 100, 1000 etc. For example: 2.16 × 10,000 = 21,600.0 It is as if the point moved four steps from between 2 and 1 to between zeros. You can see better examples of this in my lesson Multiply and Divide Decimals by 10, 100, and 100 at HomeschoolMath.net. Then, I also show where this shortcut originates , using PLACE VALUE charts. In reality, it's not the decimal point moving (it's sort of an illusion), but the digits of the number move within the place value chart (to the opposite direction from the way the decimal point seems to "move"). This explanation can really help students to understand the reason behind the "trick" of moving the decimal point. Multiply & Divide Decimals by powers of ten
Post a Comment
Read more

January 26, 2010
This is a very interesting piece of research, and I personally believe in this "effect": that a teacher's attitude towards math can easily be passed on to his/her students. In this case, all the teachers studied were elementary and female. I figure the same could happen with male teachers too, affecting boys, if the teacher feared and/or disliked math. It's just a lot less likely because most elementary teachers are female, and also because math anxiety is more common among females. Girls may learn math anxiety from female teachers The article also points to the best solution: the elementary teachers need trained much better in math so they can teach it confidently, including teaching the concepts and the 'why's of math. Elsewhere: Girls inheriting math anxiety from female teachers? at Casting Out Nines
6 comments
Read more 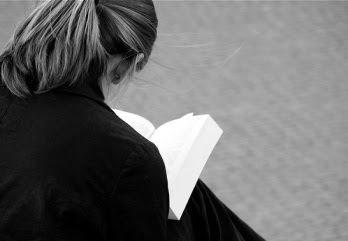 You might wonder what is that kind of title all about? Well, while this is definitely a math blog, and I do not claim to be an expert on language arts, I just keep having people ask me about language arts resources, if I have any, or if I can recommend any. So, I want to answer this question here once and for all, and then I can just reference this blogpost whenever someone else asks the same. I have been doing an "eclectic" mix of various language arts resources with my kids. 1. Learning to read. Photo courtesy by Yves I definitely advocate teaching children to read as early as they are able. This is not so much for the purpose of them being able to do school work, but to increase their "horizons" of everything via books. Of course, the age at which a child might learn to read varies. I personally learned to read on my own at age 4. I asked my mom about the different letters and then started reading from a newspaper. But keep in mind, Finnish language is
10 comments
Read more

January 20, 2010
...is posted at Math hombre . Again lots of interesting things to explore and digest. Go check it out!
4 comments
Read more

January 12, 2010
I just found out about this and I do find it interesting: Intel is committing a large sum of money to train K-8 teachers to teach math. They're planning to train 100,000 math and science teachers. Now, this "Intel Math" course is not about computers or technology; it really is about math. According to the flyer , " Intel Math is an eighty-hour course for K-8 teachers who teach math. The course is co-facilitated by a practicing mathematician and a math educator. The emphasis is on teachers deepening their understanding of math. Intel Math examines the arithmetic, geometric and algebraic aspects of: operations, number theory, place value, rates, rational numbers, linear equations and functions through problem solving ." This course will be available at no cost to school districts. It is part of president Obama's "Educate to Innovate" campaign ( see press release ). A bit more information is found at www.inspiredbyeducation.com . That is a step in t
2 comments
Read more

January 02, 2010
To multiply decimals, we are told to multiply as if there were no decimal points, and then make the answer have as many decimal digits as there are decimal digits in the factors. In the video below, I compare multiplying decimals by decimals to fraction multiplication: Multiply decimals by decimals Do you know where this rule or "shortcut" comes from? It comes from fraction multiplication. For example, 1.1 × 0.005 becomes (11/10) × (5/1000) when it is written with fractions. One decimal digit means the denominator is 10. Three decimals means the denominator is 1,000. When you multiply the fractions, you get 55/10,000. Ten thousand as a denominator means the corresponding decimal has four decimal digits. So, the answer is 0.0055. If you are a teacher, you can approach the rule for decimal multiplication by starting out with fractions, and using examples like the one above or the ones in the video to show students where the rule comes from.
1 comment
Read more
More posts