Showing posts from September, 2008
Show all

Another algebra problem - or is algebra needed?

September 28, 2008
This question was set in one of the renowned primary school from Singapore. Given to me by "anonymous" to solve. Andy has $200 more than Peter. Andy gives 60% of his money to Peter. Peter then gives 25% of his money to Andy. In the end, Peter has $200 more than Andy. How much did Andy have at first? This is a great problem to solve with algebra. Why don't you try it first, before reading further? It sounds kind of interesting... first one guy has $200 more than the other, and in the end it's reversed. Solution: Let A be the initial amount Andy has, and P the initial amount Peter has. Then we know that A = P + 200. We're going to use that later, but for now I'm going to write it all in terms of A and P. Andy gives 60% of his money or 0.6A to Peter. Peter has now P + 0.6A. Andy has now 0.4A. Peter then gives 25% of his money to Andy. But this isn't 0.25P because Peter doesn't have P dollars anymore because Andy already gave him some. It's 0.2
10 comments
Read more

September 28, 2008
This free lesson about mean and mode will get you a foretaste for my upcoming 5-A Complete Curriculum from the LightBlue Series. Download it here: Mean, Mode, and Bar Graphs - lesson for 5th grade. In the lesson I highlight the idea of mode versus mean (average) and when you can calculate the mean. Students also graph the data in bar graphs. I didn't include the median because elementary lessons on mean, median, and mode tend to concentrate on the calculation aspect only, and I didn't want that. In this lesson they at least get to graph the data and think if mean (average) is "calculable". So I decided to postpone the median till 6th grade... But here are some other lessons on these topics. Even with these you can see how much the actual calculations dominate the lessons. Using and Handling Data Simple explanations for finding mean, median, or mode. www.mathsisfun.com/probability Mode of a Set of Data A very simple and clear lesson with examples and intera
Post a Comment
Read more

A quite long prime

September 27, 2008
Mathematicians at UCLA have verified now the largest known prime number, 13 million digits long! It's a Mersenne prime , in the form 2 p − 1. This new prime is 2 43,112,609 − 1. (And no, you can't put it in your calculator and get an answer... ) Read the news story This kind of prime hunting requires a network of computers running together to do the massive amounts of calculations.
1 comment
Read more

September 21, 2008
Considering the crisis taking place within U.S. financial institutions, it's a good reminder of how we MUST teach our kids how to work out the math with credit cards, mortgages, and any type of loans. Murray Bourne from squareCircleZ has taken this matter to heart and has written a good lesson about math that goes into taking a loan. He's also analyzed several misleading credit card ads and figured out the TRUE interest rate (which you find out after reading the fine print). First go here: Credit Cards - a simplified discussion on how banks make money on credit cards. This is a must read for all people (young or old) who even consider taking a credit. Then check these posts and warn your youngsters: Misleading Credit Card Advertising . This ad advertises "a attractive interest rate of 5% p.a." (p.a. means per annum or yearly interest rate), but has a "small" administration fee of 6%. And then check another misleading credit card ad which advertises
5 comments
Read more

64 pages (of which 37 are lesson pages) Price: $2.50 download Buy at Kagi (PDF download) Sample pages (PDF) Contents and Introduction Shapes Right Angles Line Symmetry Perimeter Solids 1. Math Mammoth Early Geometry covers geometry topics for the early elementary grades (approximately grades 1-3). The first lessons in this book have to do with shapes - that is where geometry starts. Children learn the names of the common shapes, and also put several shapes together to form new ones , or divide an existing shape into new ones. They practice using a ruler to draw various shapes and are introduced to tilings. Next children learn the concepts of parallel lines and lines that are at a right angle (perpendicular lines). The book also has beginner lessons about symmetry, area, perimeter, and solids . After studying these early geometry lessons, you can continue the study of geometry with Math Mammoth Geometry 1 book . In it, children will learn to classify figures (dur
2 comments
Read more 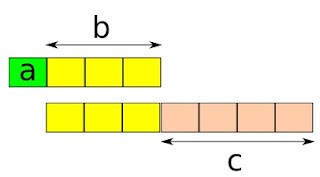 September 11, 2008
These are just some links sent my way over the last few months that I thought you might enjoy. Teach Banzai is an online system for financial education. It sounds really interesting! Students can set up various "jars" (budgets), enter transactions (real or fictional), and continue using the system for life if they so wish. It's all free and there are lesson plans offered. SpaceTime TV Watch educational videos online from full length documentaries to short video clips featuring shows from PBS, National Geographic, and the History Channel. They've done a good job of collecting the best free science and history videos. I can just imagine how difficult and time-consuming it'd be to find those if you went searching on YouTube an other video sites yourself. Dimensions Interesting movie - which is available totally free online - about how mathematicians can visualize the fourth dimension. Some of that stuff will give you "mathematical vertigo", but some of
4 comments
Read more

September 09, 2008
Carnival of Homeschooling number 141 is now online at Why Homeschool. Go visit and read it! My submission was the review I recently did of Danica McKellar's books . Here's one pick from the carnival I enjoyed: Hands-on ABC Order Activities which has some neat ideas for helping kids learn their ABC order.
Post a Comment
Read more

September 07, 2008
Another word problem was sent my way. Todd, Chris, and Rod have 30 birds. Rod has five times as many as Todd. Todd has one fourth the number Chris has. How many birds do they each have? The numbers in this problem are so small that I won't make any equations -- it might be QUICKER to use guess and check! Just notice Todd has the least amount, and once you know (or guess) how many birds Todd has, then you immediately know how many Chris and Rod have. Rod will have 5 times the amount Todd has, and Chris will have four times the amount Todd has. We will start by giving Todd 1 bird, and checking if the condition is met that the total becomes 30. Then we will give Todd 2 birds and check again. Rod 5 10 15 Chris 4 8 12 Todd 1 2 3 --------------------- Total 10 20 30 So Todd has 3 birds, Chris has 12, and Rod has 15. I'm guessing this might be a problem from algebra course, and that the author/teacher intends algebra to be used. But I would say th
5 comments
Read more

September 05, 2008
Let's be reminded first of all that there are two basic "interpretations" of division: 1) Sharing division. In it, you think that 16 / 2 means "If there are 16 beads divided between 2 people, how many does each one get? 2) Quotative division. In it, you think how many groups of the same size you can form. Or, "how many times does the divisor fit into the dividend?" For example, 16 / 2 is interpreted as: "If you have 16 beads, how many groups of 2 beads can you make?" Sharing division is easy to understand as a concept, but it's hard to do without the knowledge of multiplication tables. Just imagine, if a child who doesn't know their times tables is trying to find the answer to the question, "If there are 56 strawberries and 8 people, how many will each one get?" It'll take some guesswork, trying and checking. But quotative division is easy for children to do with the help of manipulatives (or by drawing pictures). Just
3 comments
Read more

September 02, 2008
Are timed math tests (drills) necessary and for what purpose? If necessary, how often should facts be tested? Are timed math tests recommended for students who have "math issues." , such as low confidence and slower progress. I simply feel that timed drills are a tool among many, when it comes to learning math facts. Some kids will "thrive" on them, or in other words quickly learn when they are used. Perhaps they like racing against the clock or like the challenge. There exist computer games that are timed that can work very well for drilling facts. Check for example:  Math Magician games has a simple 2-minute countdown, and if you answer 20 questions in that time, you get an award. Some of the games at Sheppard Software don't time you but give you more points the faster you go. That site is actually filled with several types of games just for math facts practice. Yet for other kids timed drills may be counterproductive and end up in tears and frustrati
13 comments
Read more
More posts