February 19, 2014
This is one of the stories sent to my recent Math Moment(s) contest.

I was one of those people who feared math their entire lives and I was afraid that somehow I would pass it on to my daughter. It was always the same with our math sessions. We would be both excited at first but then somewhere along the way things would start to go downhill and we both end up in frustration.

There was this day when my daughter was in tears at the end of our session. We didn't do math for a while after that incident as I was sure that I finally killed math for her for good.

When we started again, it was met without enthusiasm and was treated to be just another task in our to do list. Until I came to learn about this math curriculum I heard so much about. We tried it for a couple of weeks and didn't care to pay attention to any improvements that could be happening as my mind was set for it to be just another curriculum we are trying and that I shouldn't expect anything "life changing".

And it's true, it wasn't. Except that I began to notice that she would exhaust her waking hours at night doing the math exercises before going to bed. I didn't take it as anything special but I did entertain the notion that she must be enjoying it. 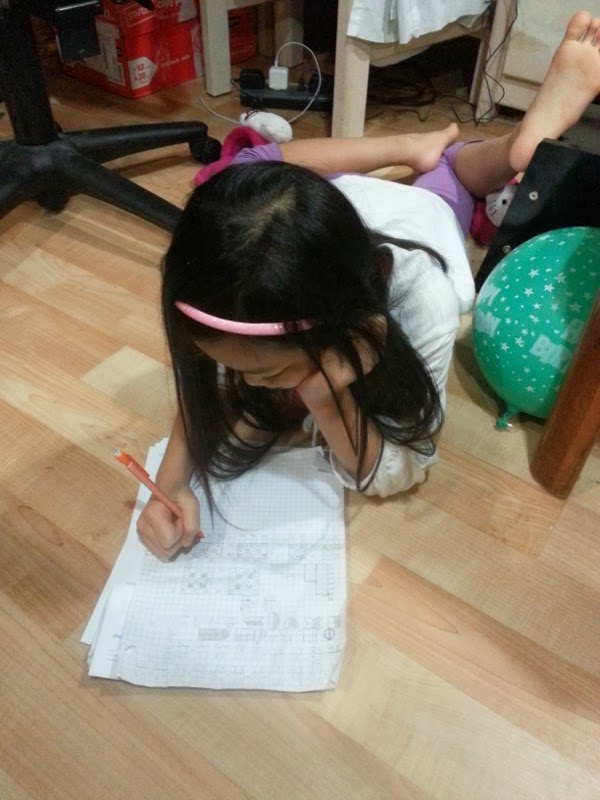 One particular night as we were going about the lessons as usual, I told her that I was getting sleepy and since it was getting really late (as in 1:30 AM late), we should be going to bed. I promised her we would continue tomorrow.

The next day, we went about our usual activities in the morning. But when noon time came, she came to me with a disappointed look in her face and said, "I thought you said we were gonna do math today?"

And that is when it hit me - I must be doing something right this time. If I could bottle up that moment I would, as I would cherish forever hearing those words come out of my daughter's lips. I thought she would forever be stuck into the same slump that everyone else who hates math are in and would forever blame myself for it. I felt exuberant! I felt redeemed. More than anything I feel it was because this time, we were both guided properly -especially me as her teacher.

Thank you Maria for facilitating this moment. And yes, that curriculum is Math Mammoth.