December 09, 2014
(Maria's note: This is a true and inspiring story of a good teacher making a huge difference in these children's lives! It was an entry to my Math Moments contest in early 2014. And yes, she did win some Math Mammoth materials! I hope you enjoy the story as much as I did.)

In 1998 I received my first teaching position, a fourth grade SDC class (Special Day Class) in one of the most dangerous parts of Northern California. The children had previously been confined to the cafeteria and sometimes even locked in to prevent runaways. I was given two aides who while they tried their best both were barely literate themselves.

It was hell and heaven. The kids had never had a teacher who spoke their own home language and this immediately created a bond between us as well as enabling parents to freely communicate with me.

I was given a room and allowed to scour the school to use whatever anyone else wasn’t using, which was a blessing as I had not built up the stores of needed materials that are a teachers mainstay. I can only imagine if I had the Math Mammoth series what other major changes I could have made in their lives. 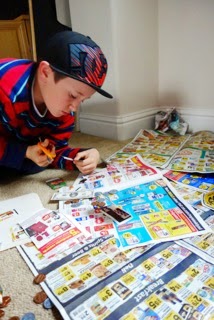 I walked a fine line. There was fourth grade curriculum, there were Individualized educational plans for each child, and then there was the fact that most of my kids could only count to ten and were unable to write these numbers. I had to make math fun and relevant. I turned to the newspaper. Somehow the school was supplied with free daily papers and I made use of these. We made menus. We shopped for groceries. Homework was making market lists with our parents and then we were looking for deals and coupons in class. It was amazing how they took to the work. Money and the things one needs to live on are major motivating factors!

Within weeks we were adding up multiple numbers they had written themselves. We could put values to coins and bills. They were able to play store in the classroom and at home. 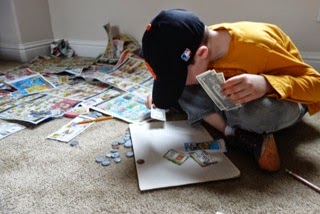 I was able to move into other areas of mathematics and allowed the children to continue the newspaper exercise as a homework practice. My children had seen that math was not something to be hated, but something that was all around them and in every aspect of their lives.

Parents were amazed that their children could not only understand the concept of numbers, but had helpmeets in their shopping and children who were realizing the value of a dollar. 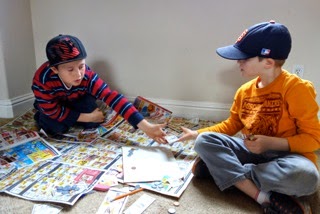 I was blessed with being in these children’s lives for 3 years in one way or another. At every step I scrambled for material. I spent hours and hours trying to create relevant and purposeful lesson. Teaching is hard work and any possible advantage a teacher receives benefits her students. To be handed materials like Math Mammoth was a dream. I can be thankful for what I accomplished with what little I had, but I can also see what the possibilities could have been if I had been properly supplied.