Is it possible to understand the book of Revelation?

July 27, 2016
I don't actually mean to constantly post these videos, BUT this one is of special significance, so I apologize if it's not "your kind of thing" to do... but I do believe SOME of my followers will enjoy it! 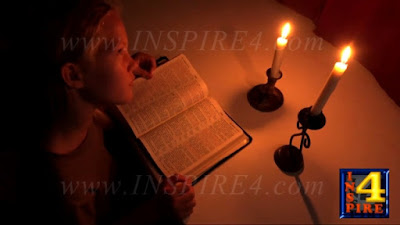 The book of Revelation has always been dear to me, and I've always enjoyed whatever I've been able to learn more about it over the years. This video study is just a bare introduction.

My family was privileged to help with the footage for this one — for example, you will see my "middle" daughter near the beginning reading the Book in candlelight, and that clip was shot by my other daughter, as were several others.


In today's world, multitudes of people are writing, teaching, preaching, and talking about the Book of Revelation. It seems there are almost as many interpretations as there are people discussing the book. A majority of preachers seem to indicate that it's difficult to know what many parts of the book refer to, and impossible for anyone to know for sure what the truth really is in that very special and unusual book. Our pastor has spent more than 120,000 hours of his life studying the scriptures, and in particular studying the book of Revelation as it is interpreted by the rest of the Bible. He believes strongly that no interpretation can ever be considered right, unless every symbol used in the book is interpreted by the Bible itself.

The approach in this introduction (first chapter in a lengthy series that will be produced over time) to Revelation is to try to begin to prove, using the book itself, that the book of Revelation is built upon analogies and symbols which are used throughout the scriptures, but sometimes hidden at first glance. Our goal in presenting this study is to get the viewer to begin to consider if indeed the book IS allegorical, or if it is to be taken literally as so many believe. That truth CAN be found in the book of Revelation itself, if we consider carefully what it has to say to us. The Revelation study video episodes will not be short, as it's not a book that you can just explain in a short period of time. Yet, for those who are sincerely desiring to find the way to complete understanding of its pages, we hope that this video series will be meaningful and helpful!!!